Book Tour for the hardback release of On Desperate Ground:

The event, starting at 6:30 p.m. on Wednesday September 26, will be held at the Violet Crown Cinema in association with Collected Works Bookstore. I’ll be giving a talk and a slideshow, followed by a Q&A. Several veterans of the battle—the “Chosin Few”—will be present.

A reception and signing, featuring beer, wine, and hors d’oeuvres, will follow my talk, in the Violet Crown event room.

Also, an early review of the book appeared in the Santa Fe New Mexican’s Pasatiempo.

Come celebrate with me . . . and help your local independent bookstore!

Hope to see you there! 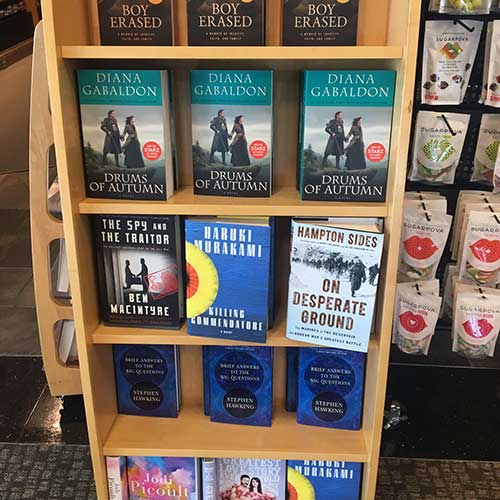 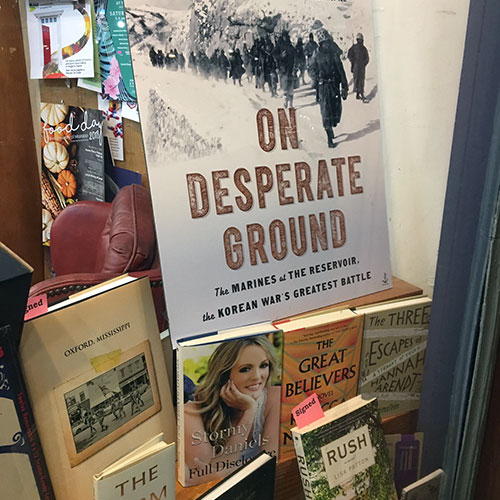 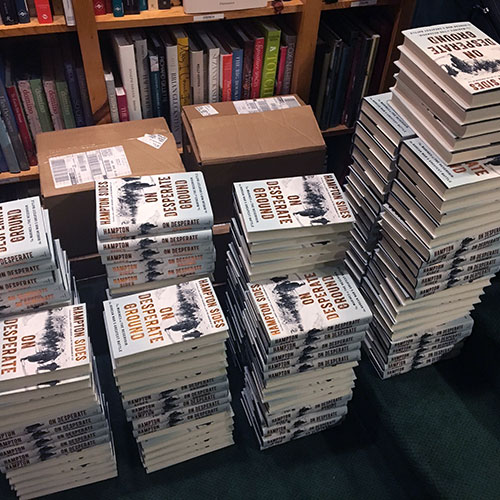 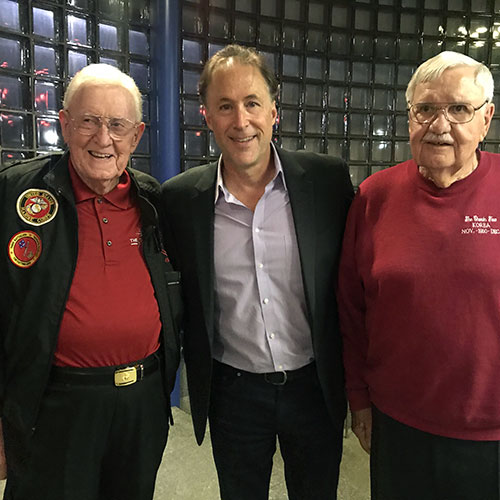 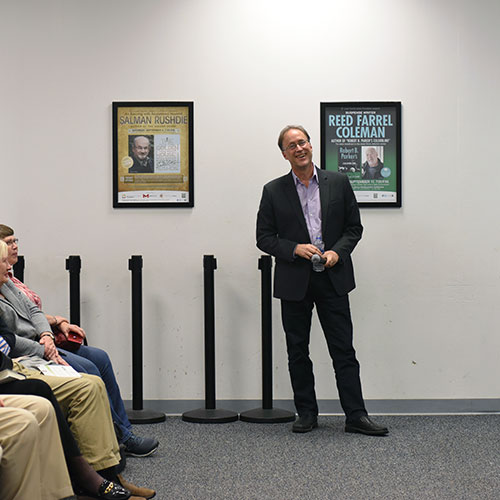 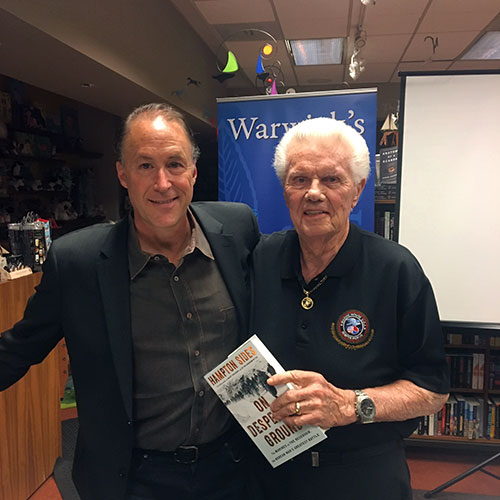 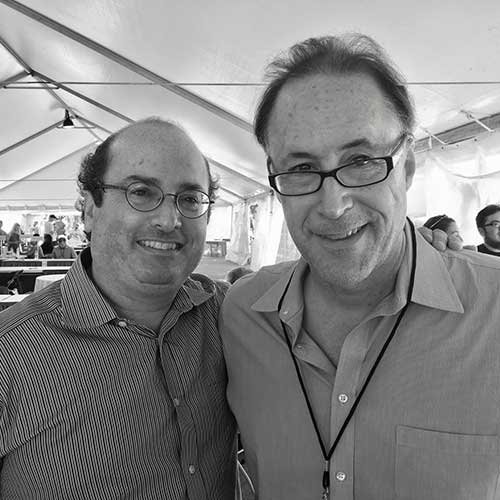 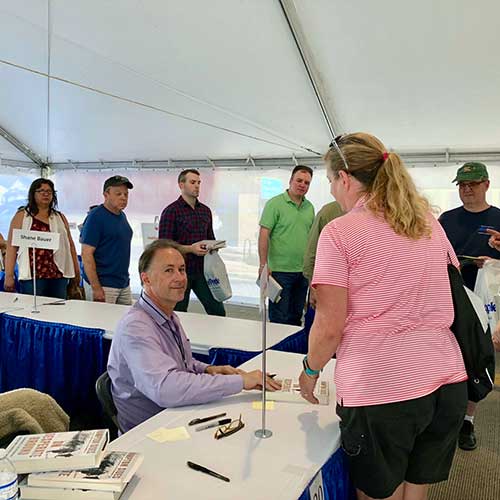 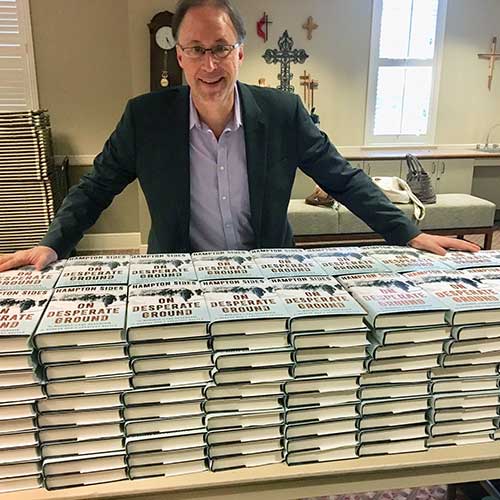 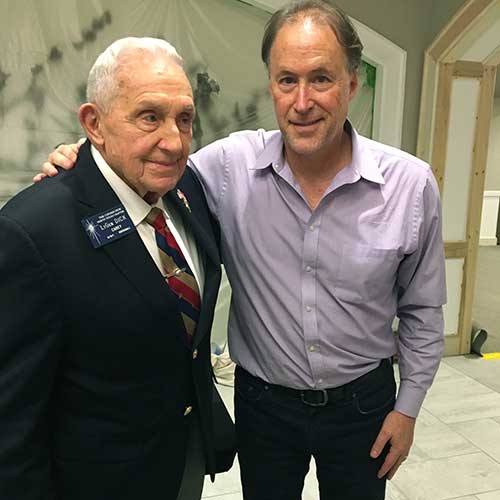 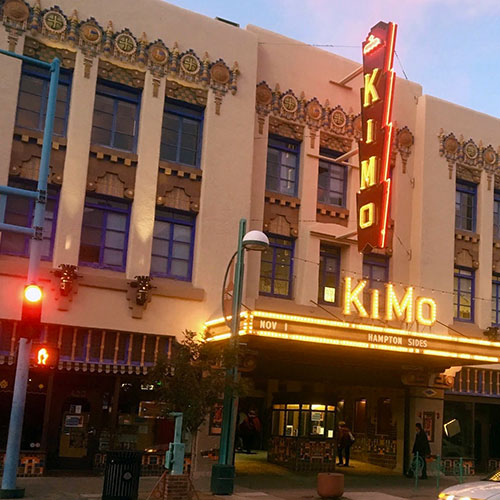 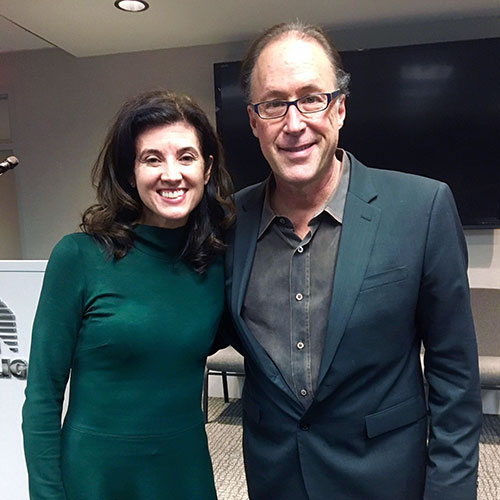 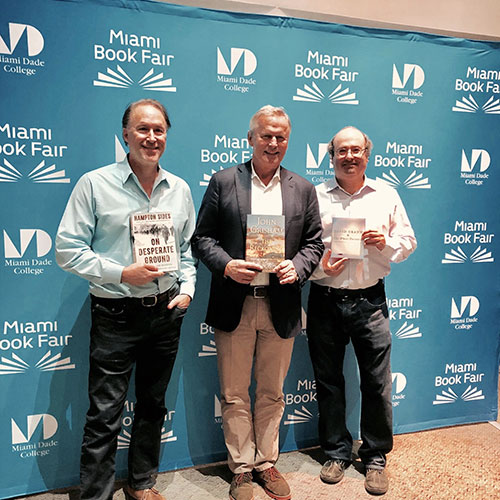 Scenes from my recent book tour – 52 stops from August-December 2014! 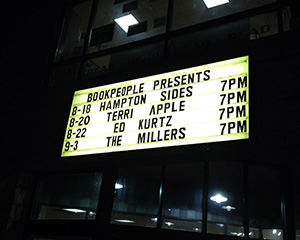 From my night at BookPeople, Austin TX. 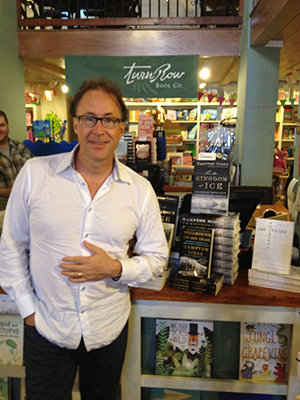 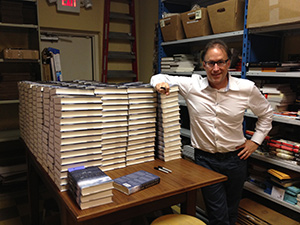 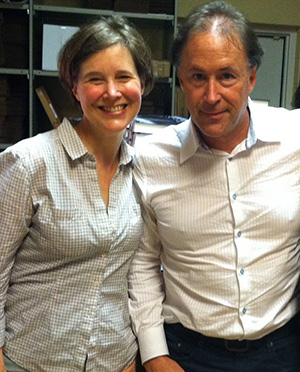 With author Ann Patchett at Parnassus Books in Nashville, TN 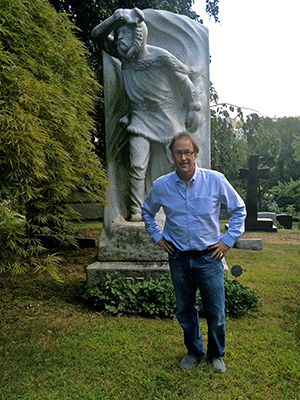 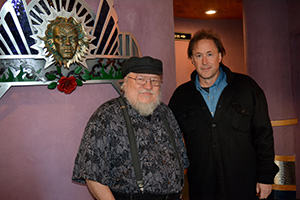